We are setting up a new exhibition. The gallery will be closed until October 24th, 2022 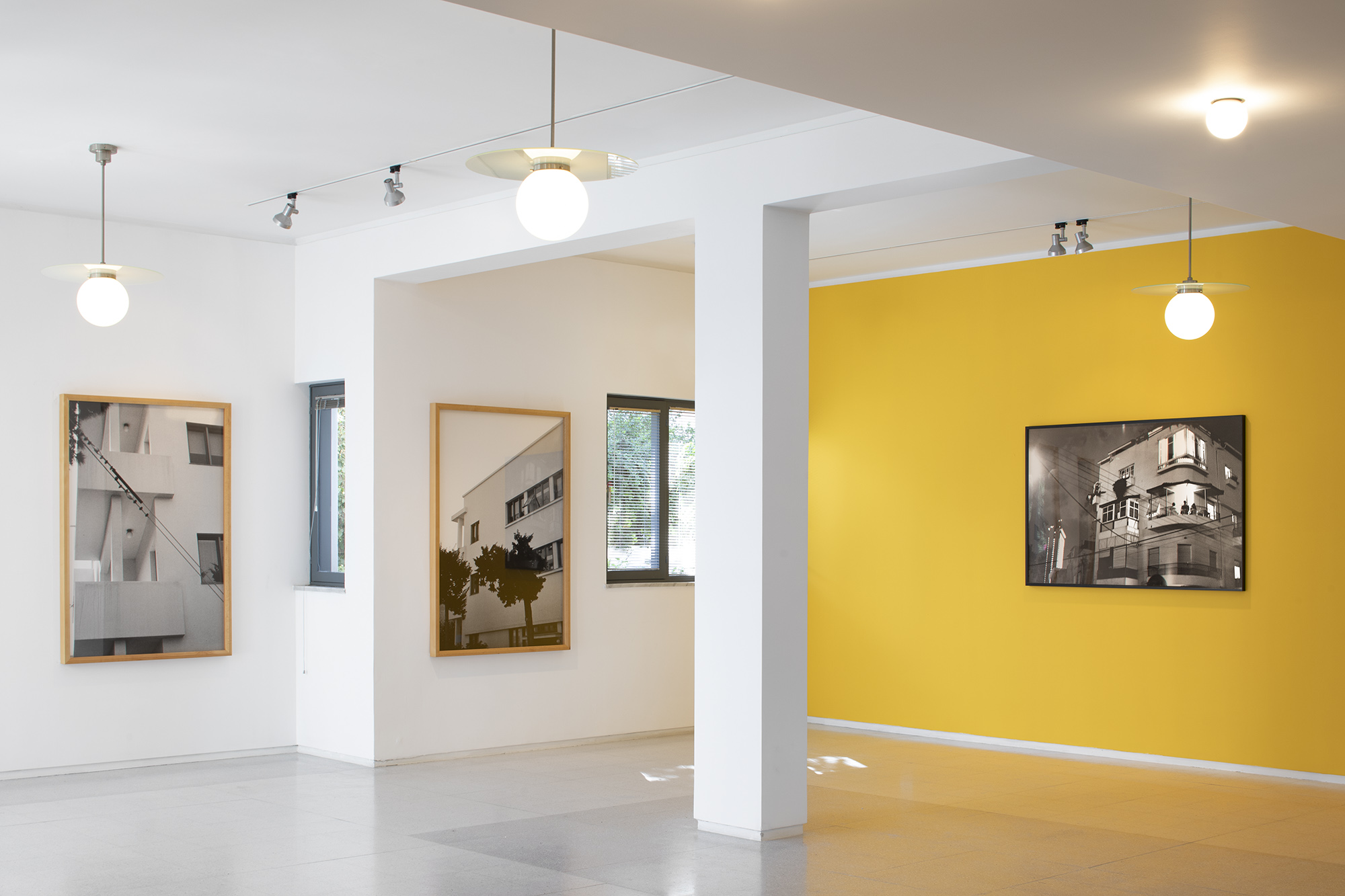 Around the Corner: 7 Photographs by Günther Förg and 1 by Helmut Newton

As part of its programme of responses by international contemporary artists to its collection, the Bauhaus Foundation, Tel Aviv, is pleased to present a display of photographs by two unexpected observers of Tel Aviv’s Bauhaus heritage: Günther Förg (1952-2013) and Helmut Newton (1920-2004). At the core of the presentation are seven photographs taken by Förg in 2001 during a visit to Israel, in which the artist captures the Foundation’s building’s exterior in his typically dramatic photography style which is characterised by angular perspectives and the absence of human presence. Positioned in dialogue with Förg’s series, is a single photograph by Newton from 1992, in which a modernist Tel Aviv apartment building is pictured at night-time along with its residences and the improvised additions and changes that transformed the building’s original design. Newton’s image of lived environment is thus contracted with Förg’s idealised vision of Bauhaus as a pure expression of forms that follow function.

The exhibition Around the Corner: 7 Photographs by Günther Förg and 1 by Helmut Newton is organised with the generous support of Christie's